So much foolery, we had to start our own country.

Naps Are a State of Mind

Oh, to be that carefrree again. Not to mention flexible.

Look what I found on the living room floor Sunday.

Silence. Wally wasn't copping to it.

Shifty eyes from Rilo. They may be in on it together. Maybe even the cats had a part in it, but they've made themselves scarce.

Meanwhile, the frog isn't getting any fresher.

We have a mystery here in Fooleryland. And a frog funeral to plan.

The Descent of Wally

Pound for pound, Wally outsleeps anybody. Even grizzly bears. And they hibernate.

To the Victor Go the Giraffe Guts

We've been babysitting my brother Bocci's beautiful dog while he and his family are on a sabbatical of sorts. Ella is about two years old and one of my favorite breed of dog, a yellow lab. We've had her nearly two weeks, and she fits right in around here. The beagles took to her right away, especially Wally, who thinks she is his girlfriend. But Rilo, being a smart female, is a bit wary of the new girl. They get along great but are occasionally competitive. I saw the following scene unfolding the other evening and grabbed my camera, completely ignoring the settings and the available light, so the photos are blurry. It started with Ella's chew toy. 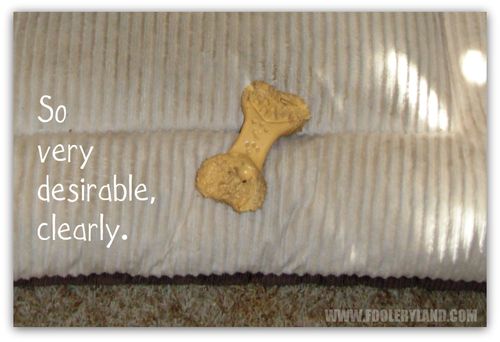 Ella had it, Rilo wanted it. To distract Rilo, I fetched her squeaky giraffe toy. Rilo ignored it, but Ella immediately wanted it. Within seconds Ella's toy was sooo fifteen minutes ago and the giraffe was being systematically disemboweled -- by Ella. 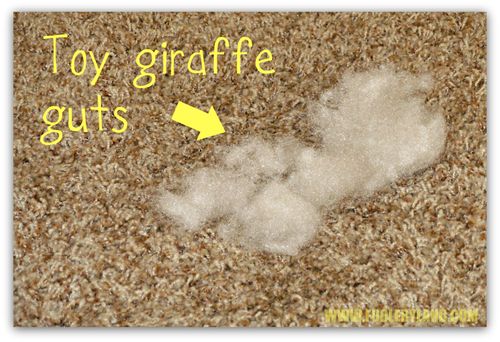 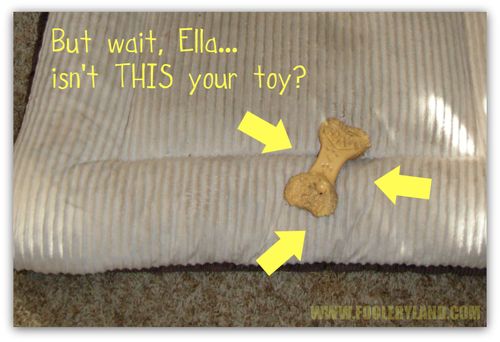 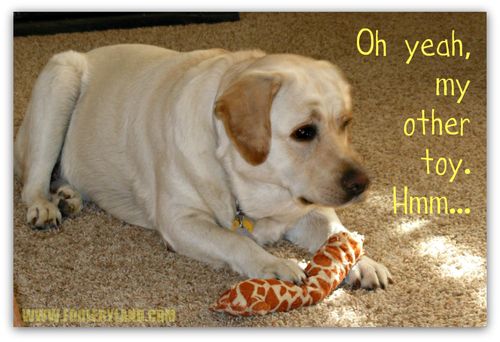 Rilo couldn't let this one go. 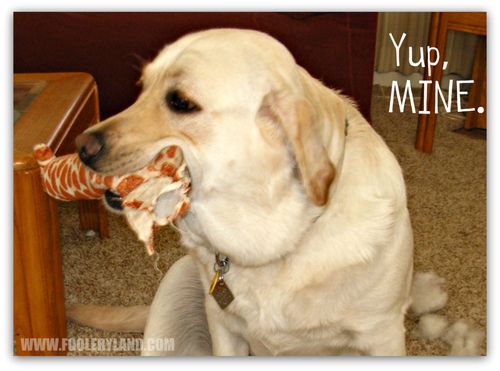 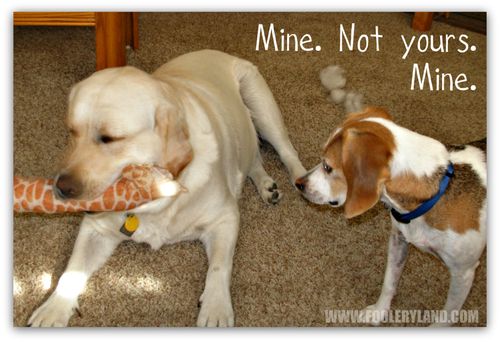 She managed to get the squeaker from the mounting pile of giraffe guts and ran off to show it who was boss. 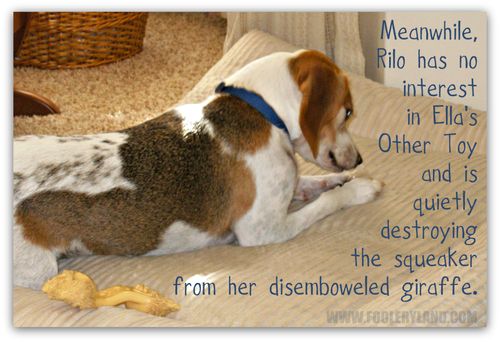 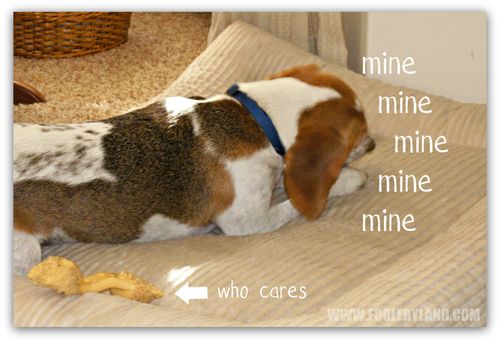 Rilo saved face, but we all know who won THIS round. 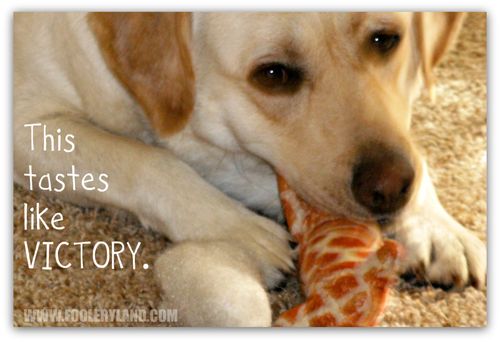 Hey, as long as they're not chewing up my laundry I don't mind.

Fooleryland: Now with Snotty Critics and Contests and Everything

My first paid review as a blogger -- see how I got all up-front with you right there? -- is posted at this link. Here's an enticement: there are cute doggy pictures. But better still, the product I reviewed is a product I was happy to try and happier to tell you about. I wouldn't have it any other way.

Are you ready for this? There's a $100 giveaway entry over there, and you just know you could use a hundred smackeroos, right?

So click here to go see what Foolery has sold her blogging soul for. 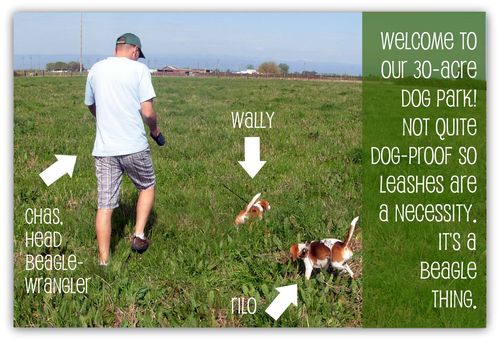 (Just kidding. My soul is intact and as silly as ever.)

Comments are closed here, but I'd just LOVE comments at the review page, where you should comment because HELLO? Maybe $100!

The latest video from Fooleryland. Keeping you up-to-date with all things Wally and Rilo.

As  threatened  promised, I will be updating our friends Seth and Dez about the happenings of our shared family members, Wally and Rilo. 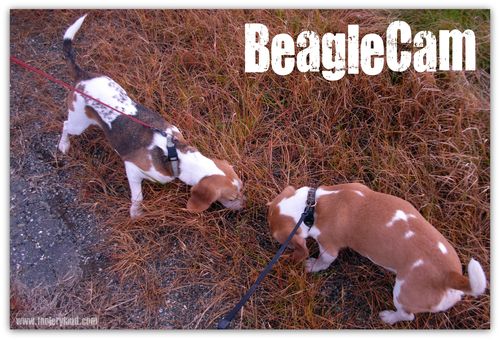 Wally and Rilo have been getting lots of walks, even in the drizzle. The harnesses have been a struggle for us, so for now we are using the standard collars and leashes. This will change as we become LESS LAME. 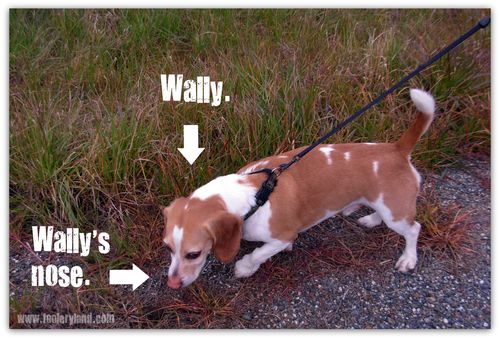 They got out for the first time Thursday evening when a door bounced back instead of latching. The girls were beside themselves. The dogs were elated. Grandma was enlisted to help corral the escape artists, and the whole operation took no more than ten minutes. WINNING. 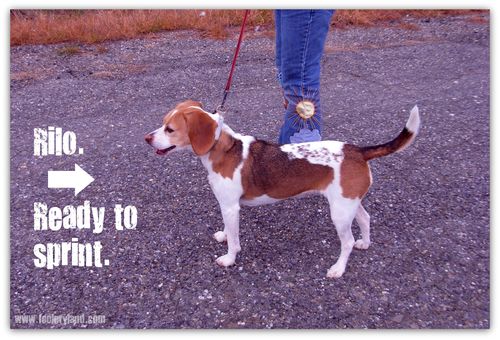 Rilo proved to be the fastest dog at the dog park last Tuesday, for 25 minutes of extended chase. She was exuberant, at least until a big dog became annoyed at her trash talk, and got a little rough. Poor Wally ended up in the middle. Wally took a flop, no one was really hurt, and the other dog park patrons took it all in stride. 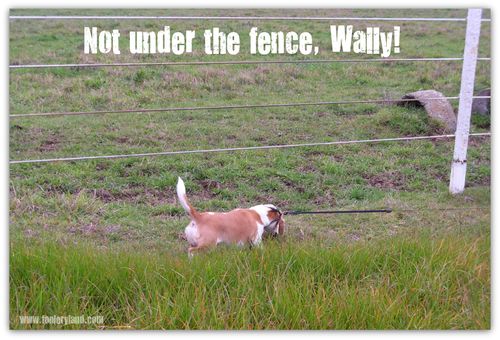 They got their first showers Saturday, after Wally managed to squeeze through the manger stanchions in hot pursuit of chickens to the left, cat to the right. His only success was in center-punching a large cow pie. Chase aborted, Wally was unceremoniously carried into the house and dumped into the shower. He liked it.

They had their first successful nose-to-nose meeting with a friendly (but wary) cat on Saturday. They sniffed and licked and sniffed some more, but lost interest when they found some stray cat food on the ground. The meeting ended abruptly. All in all, these two beagles have become part of our schedule, part of our family, and have completely taken over both the La-Z-Boy and our hearts. We love Wally and Rilo. All photos taken by Smedley and Sparky (mostly Sparky this time). 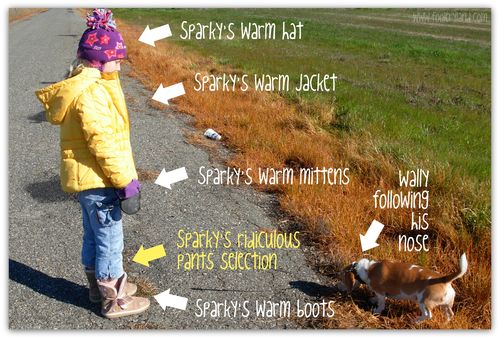 Please welcome the two newest Fooleryland characters, as of Tuesday night: Wally and Rilo. As long as Wally (4) and Rilo (3) adjust to their new home (which includes strange new scents like chicken, cat, cow, and wild stuff around the edges), they will be the newest family members here in Fooleryland. I'm pretty confident this is gonna work. 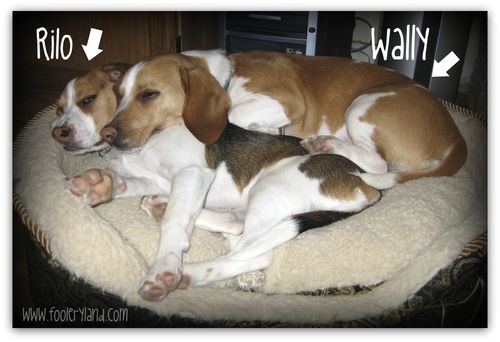 The girls and I drove an hour north on I-5 Tuesday to pick up the dogs from our new friends, Dez and Seth. We were approximately on time, until . . . 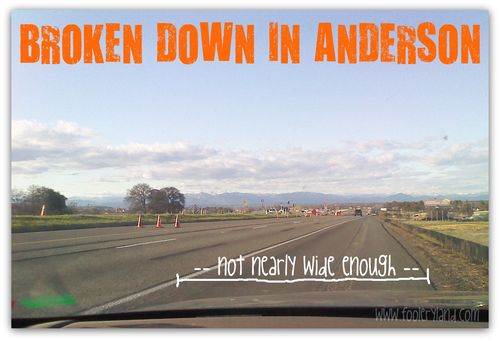 we blew a tire on the freeway. In the fast lane. This photo is deceiving because the traffic was fairly constant. That's never happened to me and I was so relieved to be towed to Les Schwab Tires (thank you, J&L Towing) that I happily shelled out over $100 for the new tire and free popcorn. But soon we were back on the road, and at Seth and Dez's cute house -- Wally and Rilo's house.

It was bittersweet, since I know how difficult it has been for them to rehome their beloved beagles, but life doesn't always work according to plan. We hope Wally and Rilo will be happy with us, and we'll certainly keep their first family connected with lots of photos and e-mails. Like these, taken last night: 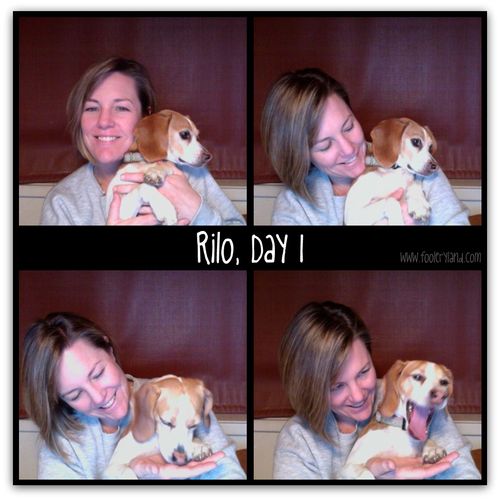 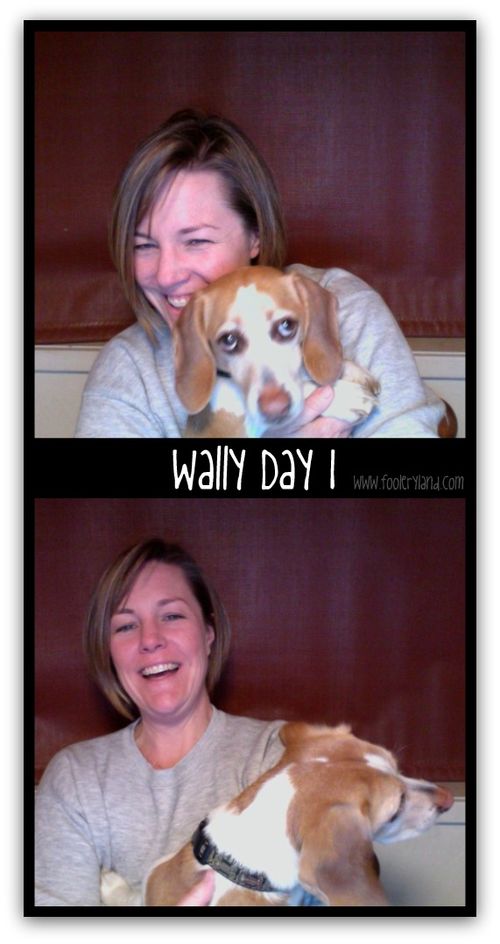 More beagles to come in semi-regular Wally and Rilo posts!